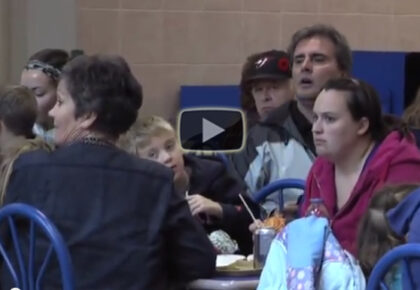 In November of 2010 something magical and beautiful happened…

At noon on November 13, 2010, Something magical and beautiful happened while these shoppers were enjoying their lunch: More from Be Legendary: Sleeping On Strangers On The Subway On October 31st, 2013 a photo by Reddit user Braffination went viral. A man named Isaac allowed a stranger to sleep on his shoulder for over half […]