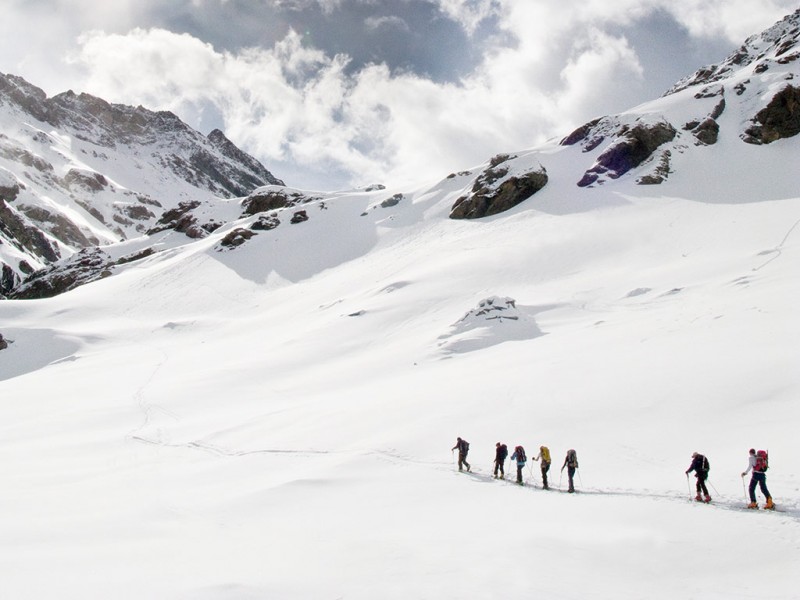 “The Stuff of Legend” according the Business Destinations Magazine

Colleagues must work as a team to overcome obstacles. Yet it’s tricky to work together effectively when employees don’t feel like they’re part of that team. Water cooler chat and after-work drinks are all well and good, but without shared experiences, cohesion in the office may be lacking. When CEOs realized this, the corporate retreat was born. In the eyes of millions of staff members across the globe, it was the birth of a monster.

Team building outside the office may be a great way to craft a forward-thinking workplace, but the conventional corporate retreat can be an agonizingly dull affair. Executives will often leave it until the last minute and book everyone into a standard hotel with a conference room. An unknown (and typically uninspiring) inspirational speaker inevitably joins the fray before encouraging the group to build a bridge out of matchsticks. By no means should that be considered an adequate bonding experience.

However, some CEOs are upping their game. In the last few years, extreme takes on the standard corporate retreat have risen from the ashes of team building nightmares to provide companies with opportunities to grow team spirit in invigorating scenarios. By tossing everyone into adverse (and sometimes, titillatingly dangerous) adventures, colleagues become closer, offices unite and businesses grow. No matchsticks required.

You’re in the army now
Like barbecues, ten-gallon hats, and country music, dull corporate retreats are a national institution in America. Yet companies like Air Combat USA have made it their mission to put an end to the torture of half-hearted icebreakers. Dubbed the ‘original’ civilian dog fighting school, Air Combat USA allows grown-ups to live out childhood dreams of piloting an actual fighter jet. Air Combat USA will operate corporate events for anywhere between 10-36 participants, and are happy to meet companies in just about any American city with an airport.

In the course of a day, the company’s US Navy veterans teach rookies how to operate one of the school’s Marchetti fighter planes – which are structurally similar to the dreaded F-16. By lunchtime, the team’s licensed pilots will have Top Gun wannabes briefed and ready to fly. Once in the air, rookies are allowed to perform aerial feats such as multiple loops and diving turns. Afterwards, planes are pitted against one another in a mock dogfight. Inevitably, friendly competition ensues.

“I’ve never experienced anything like my combat session. The pilot of the other Marchetti wasn’t an auto parts guy from New Jersey, he was the enemy,” says Eric Fischer, of New York. “It’s amazing to me how quickly a marketing consultant can change into an aggressor – one of the best days of my life.”

Across the pond, boardroom buddies can partake in a decidedly different military experience. Based in Nottinghamshire, Special Forces Corporate Team Building Events allows UK companies to live life on patrol as an SAS squadron. Over the course of a weekend, you are given a crash course in military training, before being tossed into the desolate wilderness. Armed with special forces issue carbine rifles and standard military rations, squads must evade capture and perform intense search and destroy missions. Troops also learn how to plot ambushes and draw upon essential survival skills for days on end.

Additional activities are also available for larger corporate events, from a sniper school to learning essential methods of entry. The weekend is corporate team building at its best – forcing participants to think laterally, make decisions while under pressure and identify common goals. Some corporate retreats are more creative than others. In the US, a firm called Be Legendary tosses groups into extreme scenarios in which colleagues are given no choice but to work together. The psychologically taxing ‘Cabin Fever’ retreat sees a board trapped together in a single, cramped log cabin for an entire weekend. Tensions in the small, isolated cottage inevitably run high, setting the stage for conflict-resolution training and tight-knit bonding.

More active challenges include the company’s ‘Deep Snow Survival’, which forces participants to work together to survive imminent natural disasters. After a grueling trek into the alpine snowdrifts of the San Juan Mountains, weary hikers are told by their guide that a looming avalanche means the group will be forced to stay in the wilderness overnight. The team must then scramble together to build snow caves and find food.

“Roles disappear. Being the CEO or VP of whatever no longer matters,” says James Carter, founder of Be Legendary. “The memo I wrote last week that pissed everyone off no longer matters. All that matters is that we have to come together to survive. After a group has come together, faced a life-or-death scenario and survived, we have them at a very emotionally raw point and can build them up.
“The beauty of the avalanche scenario is that people rarely question nature. Mother Nature makes a great adversary to bring everyone together because people spend less time pointing the finger and being angry.”

A couple hours after the team has built their shelters, a snowcat arrives to take them to a cozy lodge instead. Yet the relief of a warm shelter by no means marginalizes the power of this unique bonding experience.

“Our extreme retreats are a very careful balance of hope and fear,” Carter says. “Fear is used to bring everyone together to overcome an impossible challenge with life-or-death consequences.” But it’s not all despair, as “hope is then used to get them to speak about what they can accomplish when they come together – almost anything!”

Peaks of success
More drastic situations call for more drastic measures. In some offices, an absence of cohesion stops companies climbing the metaphorical mountain to success. If this is the case, a trek up an actual mountain might be the answer. In recent years, Mount Kilimanjaro in Tanzania has become one of the most popular mountain treks in the world. That’s because it’s a severe physical and mental challenge, yet hikers don’t need to be experienced climbers or boast the abs of an Olympic athlete to reach the summit of the highest peak in Africa.

Many adventure outfitters now offer corporate trips to the top of the world’s largest freestanding mountain. By far the most experienced is the Extreme Summit team. Based in Serbia, the company operates meticulously planned treks all across in the globe. Almost every member of the team has scaled Mount Everest at least once and experienced local guides are always brought on board too.

In Tanzania, Kilimanjaro is revered as the ‘Mountain of Greatness’. It’s not hard to see why. The mountain controls the skyline of the country’s vast savannah, and from a distance looks more like the creation of a surrealist painter. Yet the daunting peak is described by most as ‘walkable’ – in fact, the climb itself only takes six days. The starkly contrasting ecosystems will definitely test the limits of every team member, but co-workers will gain real experience working together to overcome seemingly impossible obstacles.

“Climbing a mountain as an exercise provides a powerful metaphor for ‘journey’, for conquering fears and meeting challenges, for being resilient and dogged,” said IBI CEO Lindsey Roberts, before members of her company’s board completed the trek. “These are qualities we all need in spades. We intend to use this rather extreme physical challenge to develop and build our team of directors. It will provide valuable learning for their roles.”

For those who consider the ‘approachable’ trek along Kilimanjaro too simple, the Extreme Summit Team also offers the most difficult mountaineering test on earth: Everest. On the rocky border between Nepal and Tibet, the menacing Mount Everest towers into the shadowy heavens. This expedition lasts 62 days and will push the most experienced climber to breaking point; Everest is not for everyone. Unlike Kilimanjaro, the Extreme Summit Team insists that all team members have previously climbed a summit of 6,000-8,000m. Yet the company is happy to work with firms to accommodate every team member possible. With a personal Sherpa in tow, this arduous journey teaches climbers more about themselves than they imagined.

“Everyone has their own Everest,” the journey’s organizers say. “Only when people reach the top, they realize that the summit itself is not important, and that it is the climb to the top that has completely changed them, and that this journey is actually priceless.”

Dare to be different
An onerous mountain trek isn’t for the faint of heart – nor is flying in a fighter jet or being trapped in a cabin with co-workers. Yet this may be what it takes to get a board of directors to view each other as a tight-knit family rather than casual acquaintances. After all, it’s vital that colleagues can overcome challenges as a team – and overcoming extreme challenges has a habit of instilling this sense of kinship. Tiffs over parking spots just don’t seem to matter as much after colleagues have been stranded together in a desolate mountain range, or teamed up to shoot down enemies in a fighter jet.

Extreme corporate retreats have proven highly effective for some of the world’s most successful companies; however, CEOs shouldn’t fret if they haven’t got the funds to fly their entire boardroom to Africa. With a little creativity, companies can provide employees with exercises that will not be easily forgotten. As in business, dare to be different in planning corporate retreats. Employees will be astounded by the positive transformation in rapport once they’ve returned to their desks.

Be Legendary Featured on CNN

CNN featured our ‘Extreme Retreats’ in an article called, “Extreme retreats: Fire walks and snow survival with your workmates”. Both the firewalk and snow survival are from our retreats!  We are thrilled to be the highlighted company by CNN. Read the full story here.   Comments comments

New bikes {and surprises} all around, from Wenatchee World

LEAVENWORTH — If the Northwest’s community festivals seem a little more super-charged with enthusiasm this year, it may have something to do with 14 kids, 14 new bikes and a region-wide exercise in team building. “C’mon, c’mon” Linda Haglund coaxed as she twisted a black hex nut onto the axle of a lime-green, motocross-style bicycle. Haglund, representing […]